Virtual launch of medical college: CM Baghel did Bhoomi Pujan of college building in Korba; Said- every Lok Sabha constituency, then an attempt to build a medical college in the district 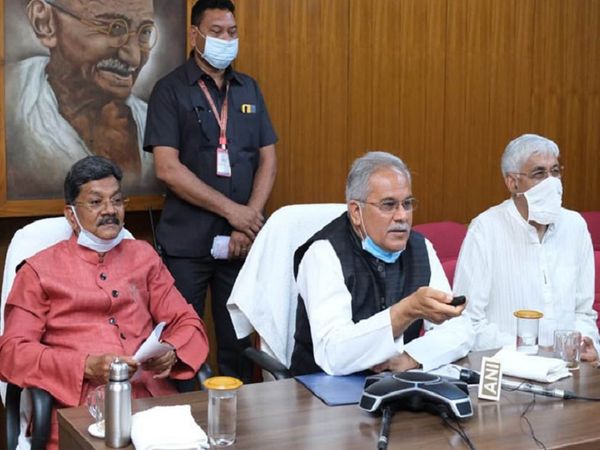 Chhattisgarh CM Bhupesh Baghel did a ground worship of the medical college building in Korba on Tuesday. The college, to be built at a cost of about 325 crore rupees, will have 100 seats. Also, medical colleges will be opened in Kanker and Mahasamund. In addition, Chandulal Chandrakar Private Medical College has also been acquired. CM Baghel said, there is an attempt to establish a medical college in every Lok Sabha constituency and then in every district.

CM Baghel addressed the function through video conferencing from his office in the assembly. He said, Korba district has taken a new direction of development in the field of infrastructure development, tourism, education and now also in the field of medicine. It is the effort of the state government to make Korba a beautiful, healthy and educated district. Government’s efforts to open medical colleges will help in improving medical education and medical facilities in the state.

New building will be built behind IT college of Korba

Korba marked expressive, we will develop
The Chief Minister said, Korba has been identified as an expressive district by the Central Government. The state government is trying to make it a developed district. CM said that in the budget of the state government’s financial year 2021-22, a provision of Rs 300 crore has been made in the budget for 3 new medical colleges Korba, Kanker and Mahasamund. Budget allocation for these medical colleges will be released in the month of April.

Opposition uproar in Assembly: SP’s taunt on the decision to withdraw the case filed against the leaders, said – the government withdrew the names of the accused involved in the riots