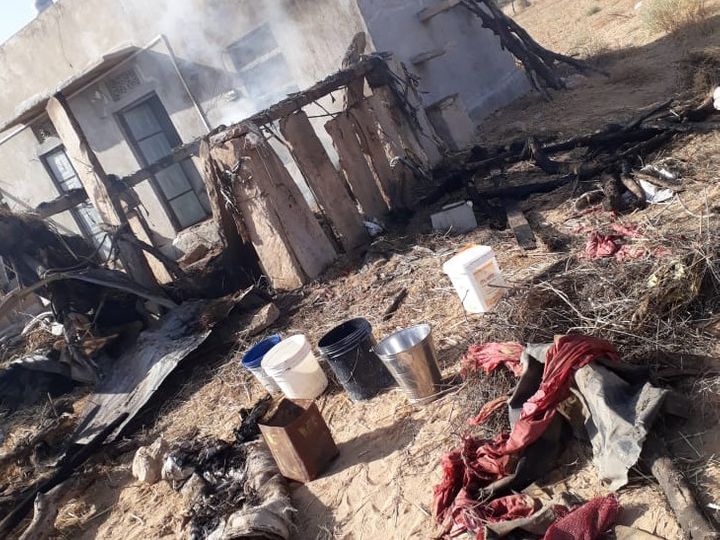 A fire in the resident Dhani of Dabgaon Sarhad, near Sherani Abad town in Nagaur district, burnt paddy and animal feed along with household items. Three goats were also burnt due to the fire, which the villagers rescued with courage.

According to the information, due to unknown reasons due to fire in the Dhani Sarhad Dabgaon farm of Jalal Khan son Umar Khan Nada, the moong, moth, millet, animal feed, household articles, food and food items were all burnt. The fire spread rapidly and reached a nearby animal farm.

Three goats tied there also caught fire, which the villagers saved by cutting ropes. The remaining items were burnt to ashes. Information about the incident was given to Mata Patwari and information was also given to Khunkhuna police station. Reasons for the fire have not been revealed.