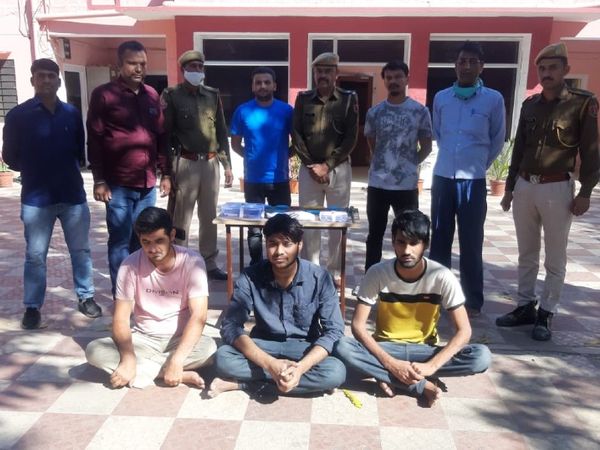 Today the Chaumun police station of Jaipur has got a big success. Police have arrested 3 members of the vehicle thief gang, from whom 5 cars and bikes have been recovered. Apart from this, the police have also received indigenous cuttings, cartridges and knives from these accused. Out of the three accused, two were involved in theft cases, while one used to buy these stolen vehicles.

Chaumu police station police officer Hemraj Singh said that Keylal Meena (22) resident Wazirpur Sawaimadhopur, Ravi Meena (20) resident Bamanwas Sawaimadhopur and Mukesh Mann (35) resident Amarsar have been held under siege under Hanumanji’s bridge in Chaumu. During this period, a native Katta, four cartridges, a knife and more than half a dozen tools of breaking the lock of vehicles have been recovered from the possession of the miscreants. On interrogation of the captured miscreants, they have recovered 5 four wheelers and one two wheeler stolen from different areas of the city. 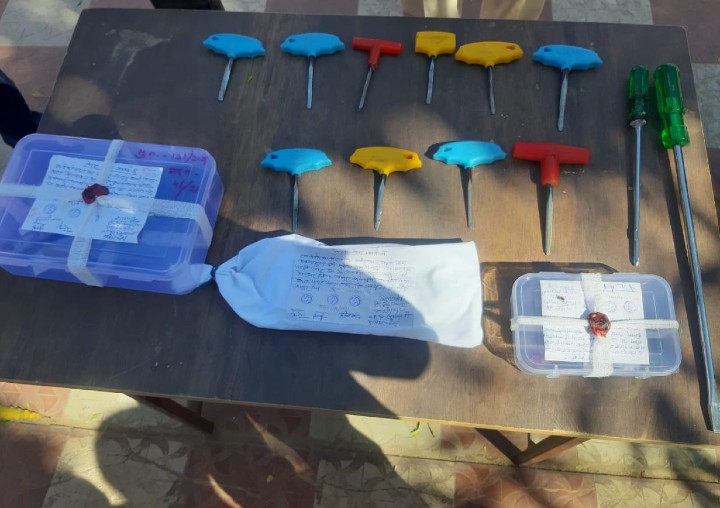 Police said that more than a dozen criminal cases were registered against Keylal Meena caught in different police stations. The gang stays in a rented house near Gopalpura Puliya in Jaipur city to carry out the theft incidents. The gang fires with sharp weapons and indigenous cuttings to avoid people when they are discovered at the time of the robbery. He said that Kunjilal was absconding in the case of kidnapping a person at Wazirpur police station since 2020. A reward of 2 thousand rupees was declared by the Sawaimadhopur Superintendent of Police on his arrest. Keylal’s main partner is Ravi, while Mukesh Mann is involved in buying a stolen vehicle from him.

Stolen vehicles lying in the factory at Hadauta, which have been cut and sold.

Vehicles were stolen and sold for 50 to 60 thousand rupees.
The police officer said that the crooks sell four-wheelers after theft for 50 to 60 thousand rupees. These vehicles were bought by Mukesh Mann and he used to take out and sell their parts. Apart from this, Mukesh used to buy the accidental vehicles which were also there. It has a factory at Hadouta near Chaummu. Out of the 5 stolen vehicles, it had taken out many parts of 4 vehicles and also cut some of the vehicles.