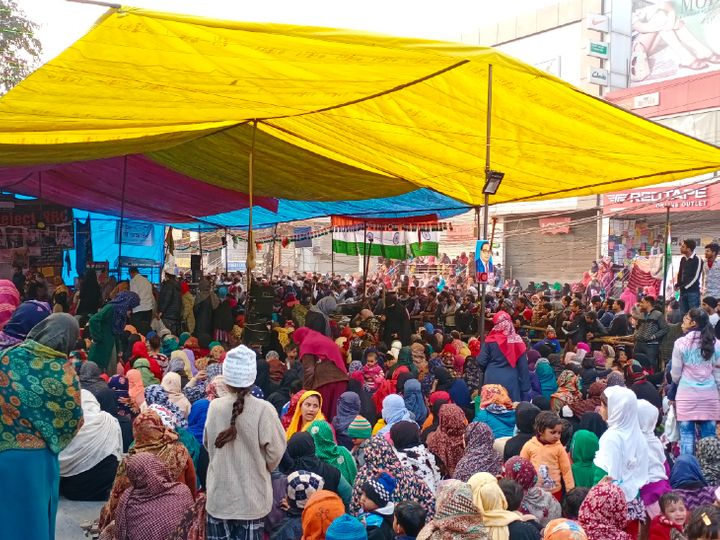 The PFI was instrumental in inciting violence against the CAA-NRC in Shaheenbagh. The matter is currently under investigation. (File photo)

Uttar Pradesh’s STF has conducted raids at several places in Delhi’s Shaheen Bagh on Sunday. These include the Popular Front of India (PFI) office. The UP police took the action following the funding of the Hathras riots and the interrogation of Rauf Sharif, accused of inciting violence during the CAA-NRC Protest.

Rauf is the General Secretary of PFI’s Student Wing Campus Front of India (CFI) in Kerala. He was arrested by the UP Police in Kerala itself.

Revealed after the arrest of 4 members from Mathura
In Mathura district, on the night of October 5, police arrested four people belonging to the extremist organization Popular Front of India (PFI) and its allies (CFI) from Mont Toll Plaza. These include journalist Siddique Kappan from Mallapuram in Kerala, Atiq ur Rehman from Muzaffarnagar, Masood Ahmed from Bahraich and Alam from Rampur.

Inflammatory literature related to the Hathras gangrape case was found from the arrested PFI members. The four accused came from Delhi and were going to Hathras. It was revealed in the inquiry that the PFI had funded to incite riots in Hathras.

What happened in Hathras?
On September 14, 4 people gangraped a 19-year-old Dalit girl in Bulgadhi village of Chandpa area of ​​Hathras district. The girl’s spine was broken by the accused. The family also alleged to have bitten the tongue. The victim died on 29 September while undergoing treatment in Delhi. All four accused are in jail. However, the police claim that the girl was not raped.

Disco on Thampe: Youth dancing in wedding ceremony, firing furiously, fired three bullets one after the other, video on social media went viral