The new agricultural laws are not in the interest of the farmers, the farmers will not retreat until the government withdraws them

After killing the wife, the dead body hidden in the chest, when the smell started coming, the police station arrived 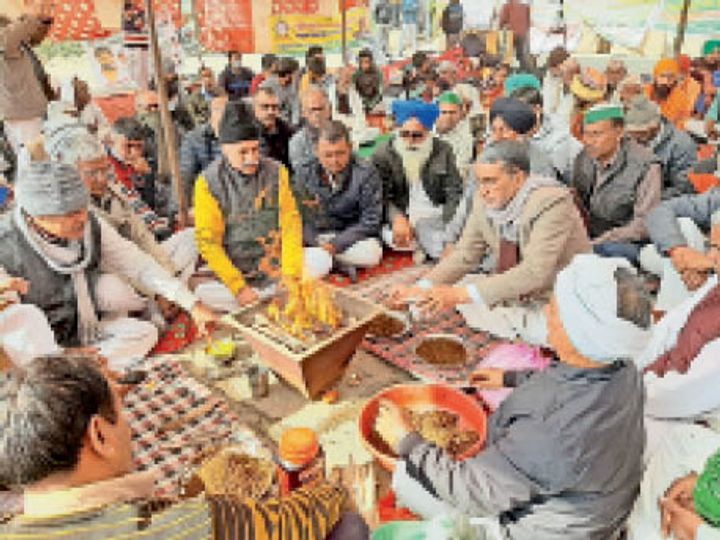 Farmers paying tribute to farmers at the movement site on National Highway.

Demonstration of farmers of other states including Madhya Pradesh on the National Highway at KGP-KMP Interchange is going on against the new agricultural laws. The strike entered the 18th day on Sunday. Farmers are firm on their demands. On Sunday, a fire sacrifice was performed for the spiritual peace of the farmers who have been martyred in this movement at the dharna site.

In this, the role of Yajaman was played by national farmer leader Shivkumar Kakka. Havan-yagnas were also performed in many villages of the district. In the evening, a candle march was held at the picket site. Kisan agitation will write a sign of success: National farmer leader Shivkumar Kakka said that the new agricultural laws are not in the interest of farmers at any cost.

So the government should take them back. The farmers will not retreat until the government does so. Kakka said that those who are not calling the agitating farmers as farmers are insane. There is no need to face such people. One day such people will be seen sitting among the farmers themselves.

The BJP government has tried to divide it since the farmers’ movement started. But she failed. It will fail even further. Farmers are doing their work. The movement is getting full support from the farmers. Therefore, this movement of farmers will write a sign of success.

In Mherhabadi, even after the implementation of Section 144, the successful arrest of the District Police candidates