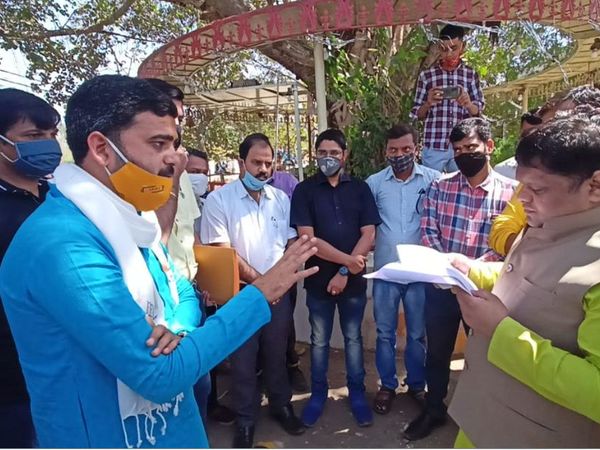 The Youth Congress along with parents complained to the National Child Protection Commission about the school fees.

There are complaints about fees being collected after the opening of school in Madhya Pradesh. Now, making this an issue, the Youth Congress has come into the fray. Youth Congress workers on Friday filed a complaint in this regard with the National Child Protection Commission.

He said that arbitrary and illegal collection of schools should be curbed. Extortion is being done from parents in the name of late fees. Here, the National Child Protection Commission said that action would be taken against the school concerned as soon as such a complaint is received.

Youth Congress Madhya Pradesh Media Chairman Vivek Tripathi said that he filed a complaint with National Child Protection Commission Chairman Priyank Kanungo on Sunday on other issues including fee collection. He also handed over the memorandum.

It has demanded immediate action on extortion complaints. We told them that such schools in the state have to be tightened. Even after the order of the government and the court, the schools are arbitrary in the name of late fees. This is putting financial burden on the parents. Schools are constantly pressurizing students for fees.

Kanungo has met with the parents of the students and assured that if any school pressurizes any students to give examinations or fees, then that school will be processed. Also, the work of getting the recognition of such schools revoked will be done by the Child Protection Commission.

TMC Election List: Mamta gives opportunity to 50 women and 42 Muslim faces, herself to contest from Nandigram instead of Bhawanipur