Ruckus continued in Jharkhand on the third day of the budget session: BJP MLA said- no-one does not want to ask question to the government because it cannot answer 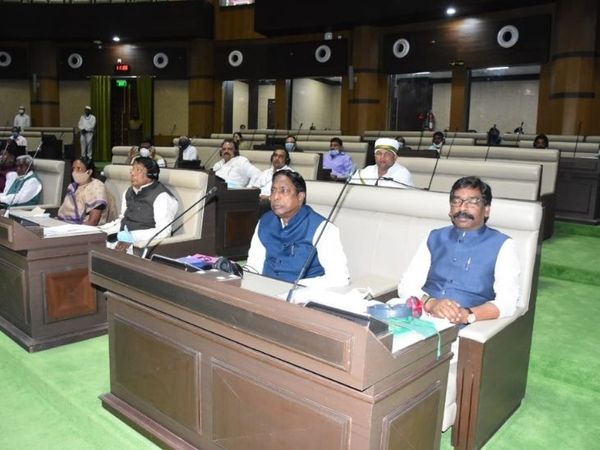 The ruckus continues on the third day of the budget session of the Jharkhand Legislative Assembly. As soon as the proceedings of the House started, BJP MLAs came to Vail with placards. They were shouting slogans against the government. The speaker kept urging him to go back, but he created a ruckus demanding a discussion on the planning policy.

Amid the uproar, Speaker Ravindra Nath Mahato tried to continue the question hour. He also tried to take two-three supplements and later starred questions. When the question came, BJP MLA CP Singh said that I do not want to ask any question to the poor government because it cannot answer. Whereas Anant Ojha said that the answer that is coming is deceiving the public.

BJP legislators brought proposal for postponement of work
Postponing the Question Hour, BJP MLA Bhanu Pratap Shahi, Manish Jaiswal said that the government was doing injustice to the unemployed. Making them unemployed. Scrapped the previous government’s planning policy. This has affected the job of PGT teacher, Panchayat Sevak representatives. He demanded that the planning policy be discussed in the Legislative Assembly.

Ghulam Nabi Azad had to praise the Prime Minister for expensive, burnt effigy