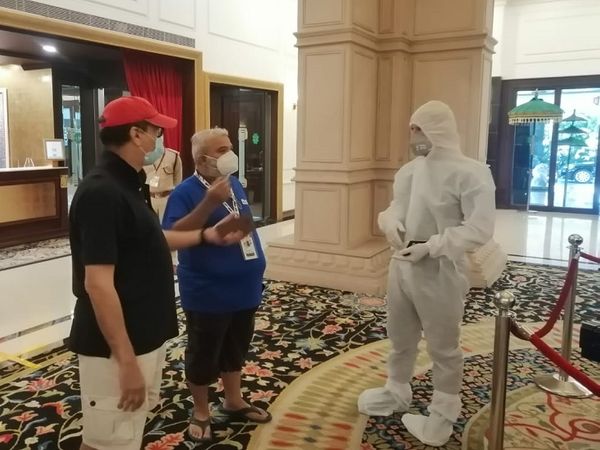 South African Legends captain Jonty Rhodes arrived in Raipur this morning. He was welcomed by the officials associated with the organizing committee at Raipur Airport. From there he was taken to Hotel Mayfair in Nava Raipur. Shaheed Veer Narayan Singh of Jonty Roads, Nava Raipur has arrived here to play in the Road Safety World Series to be held at the International Cricket Stadium.

So far many players from England, Bangladesh, South Africa and India Legends have reached Raipur. All players have a corona test before going to the hotel rooms. No reports have been reported positive yet.

To increase public awareness towards road safety, the tournament is being organized from March 5 to 21 at Shaheed Veer Narayan Singh International Cricket Stadium in Nava Raipur. On March 5, the first match of the series will be played between India Legends and Bangladesh Legends. The tournament will have its first semi-final on March 17 and the second semi-final on March 19. The final match of the series is to be played on 21 March.

Teams from six countries will clash for the trophy

Teams from six countries England, South Africa, Sri Lanka, West Indies, Bangladesh and host India will participate in this tournament. In this tournament, legendary cricketers like Virender Sehwag, Brian Lara, Tillakaratne Dilshan, Jonty Rhodes, Kevin Pietersen and Khalid Mehmood are going to show their glory with Sachin Tendulkar, one of the greatest batsmen of all time.

Art of Living will teach BSF soldiers to relieve stress

Ghulam Nabi Azad had to praise the Prime Minister for expensive, burnt effigy