Raid: Sitting in Gurgaon, cheating in the name of loan from America, 3 arrested 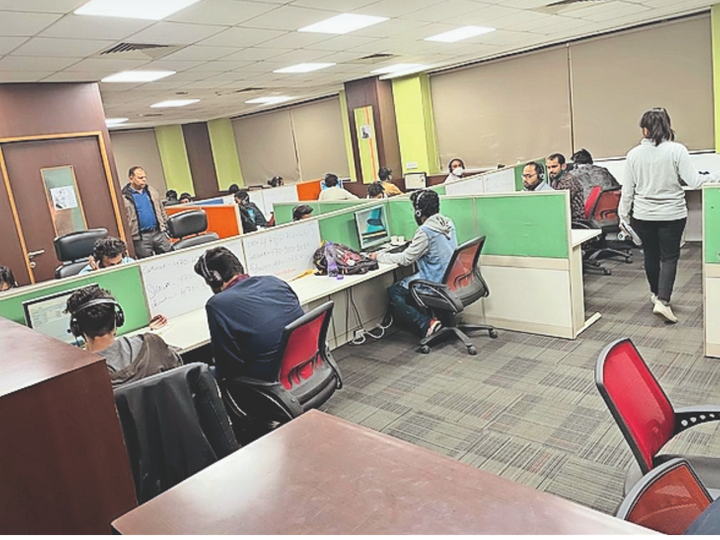 The CM Flying Squad raided Udyog Vihar in Gurgaon late Friday and caught a fake call center. They cheated American citizens by getting loans and getting gift cards through credit cards. By showing fake check of loan pass, 100 to 500 dollars were collected through gift cards. Three including the operator have been arrested from the spot.

The operator has been identified as 21-year-old Sarjeet from Jhunjhunu in Rajasthan, while others have been identified as Bhudev Lohar from Dungarpur in Rajasthan and Kapil Dev Patel from Ahmedabad. DSP Indrajit Yadav, in charge of the Gurgaon squad of CM Squad, said that a call center called Ganesan Infotech was raided in Udyog Vihar area.

On the spot, 30-35 employees were speaking in English language with headphones installed. He could not show if he asked for documents related to the center. These people had been running call centers for about five months. Many items including two laptops, a hard disk, a color printer, five mobile phones, two pan drives have been taken into possession of the accused.

Uproar over video of this comedian who has been taunting the price of petrol and diesel in the manner of PM Modi, case filed