Opposition uproar in Assembly: SP's taunt on the decision to withdraw the case filed against the leaders, said - the government withdrew the names of the accused involved in the riots 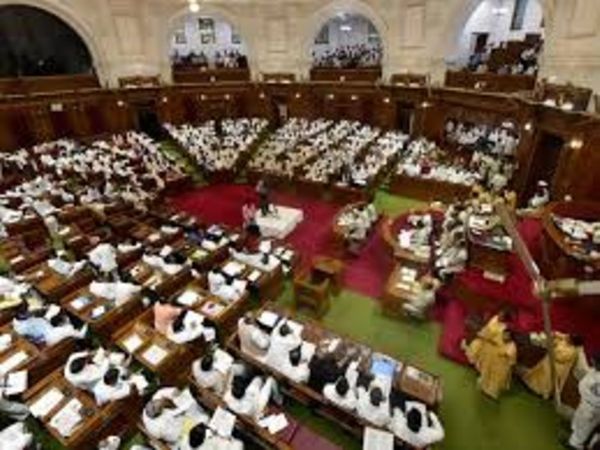 There was an uproar during the proceedings of the House on Tuesday in the UP Legislative Assembly when the Law Minister of the Government Brijesh Pathak said in the House that the Government was going to withdraw the cases filed against the leaders.

On Tuesday, the 8th day of the budget session of the Uttar Pradesh Legislature, the opposition created a ruckus when the case against the leaders in the Assembly was withdrawn. Minister Brijesh Pathak said that the government has decided to withdraw 670 cases filed against the leaders from 2017 till now. On this, senior SP leader Ram Govind Chaudhary alleged that the government has withdrawn the names of the accused involved in the riots. He even taunted that many terrorists have also become Chief Ministers.

On this, the SP members stubbornly demanded the party to make the figures of case withdrawal public. To this, Brijesh Pathak, while trying to satisfy the members by his reply, said that it would not be legally right to make it public or to test on the basis of the parties.

The biggest terrorists are sitting in power

On his statement, the Minister of Parliamentary Affairs asked him to maintain the dignity of the language. He said that this language is not correct, the Leader of the Opposition is not using the correct language. What Chaudhary has said should be removed from the proceedings of the House and the Leader of Opposition should apologize.

Chaudhary’s attack did not stop even then he further said that this government withdrew the cases against the Deputy Chief Minister and the Chief Minister. He also asked for records from 2017 to 2020. Chaudhary’s statement created a ruckus in the House.

Death of husband and wife in a gap of one day: the father who was going to invite the daughter’s wedding had died in the accident, the mother also died a day later

Virtual launch of medical college: CM Baghel did Bhoomi Pujan of college building in Korba; Said- every Lok Sabha constituency, then an attempt to build a medical college in the district