Murderous attack in the rivalry: Karinde beat shop owner's son with rod and sticks with a stick and sticks on Fatehabad shop 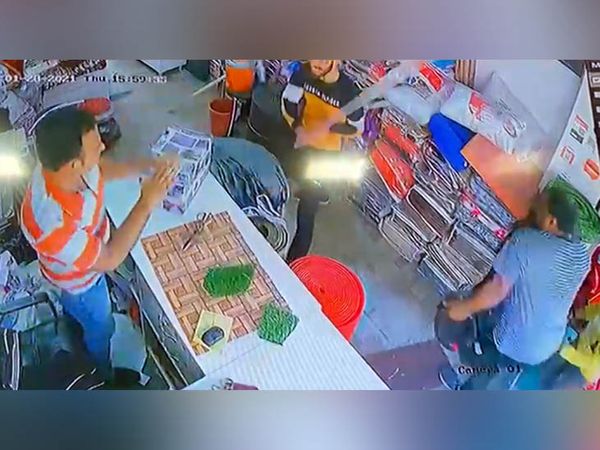 After the incident, the accused Varun called friends, who brought the rod and sticks.

In Fatehabad, Haryana, the shopkeeper attacked the owner’s son with sticks and sticks and a fatal attack. Friends of the accused also assisted in carrying out the incident. It is being told that this attack was carried out under a rage after an argument over a minor matter.

A complaint has been given to the police by Kapil, the owner of the handloom shop at Jawahar Chowk. In the complaint, Kapil told that his father had gone out of town for some work. A boy named Varun works at the shop. Which he asked father to bring from the bus stand. But he was angry.

There was an argument between Kapil and Varun about this. After this, some friends of Varun came to the shop and they all attacked him together. The shopkeepers nearby gathered to hear the sound of shouting. Somehow they caught Varun and his friends. After this, the police were called.

Varun and his friends escaped from the clutches of shopkeepers before the police arrived. On reaching the police team, when the whole matter was told to them, the police blocked the area. Simultaneously, by registering a complaint of assault, they started searching for the accused.