Mission Shivansh Successful: A child of 6 years after escaping from the clutches of kidnappers said - Uncle policemen came, now I will reach home 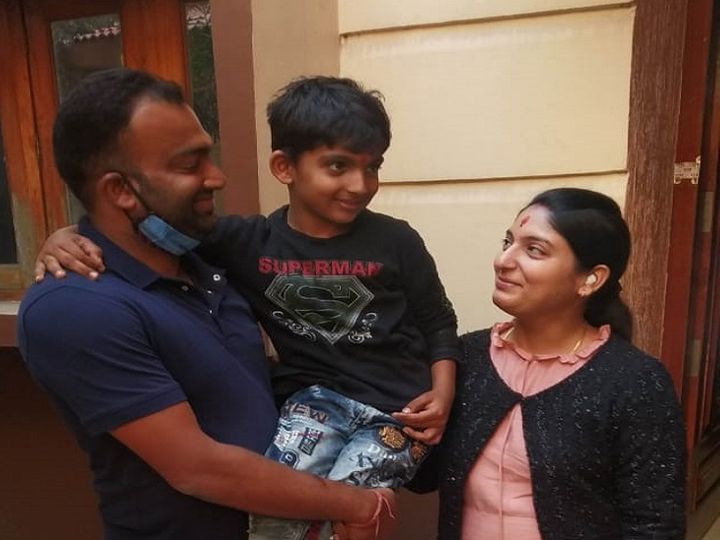 The picture is of Raigad. This smile appeared on the face of the family in the morning after last night with fear.

The 6-year-old Shivansh said – When the car stopped and I saw the police uncle, he thought that now he will take me home. Mummy was missing, he told my mother and father at night. Having left the clutches of the kidnappers, he told himself in a similar manner to Shivansh. Shivansh, son of businessman Rahul Agarwal in Kharsia, Raigad, was kidnapped by a cook of his house. He took it with him on the pretext of moving it. Later in a rental car with his companions Amar Das Mahant and Sanjay Sidar escaped to Ranchi. Raigad police in Khunti, Jharkhand caught the three miscreants and brought the child back safely. 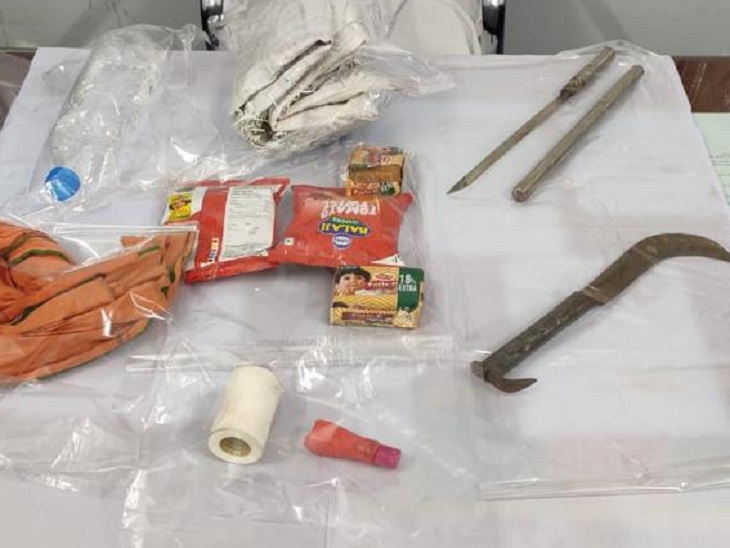 Chlorofoam was among the things found by the accused, which made the child unconscious.

Businessman’s cook had made a complete plan
The player worked as a cook in the businessman Rahul’s house. He was fired a few days ago. Already, Khilwan was planning to execute an event here. Khilwan had told the family his name Nikhil. Worked for a few days and won the trust of the family. He also befriended Rahul’s son Shivansh. His friend Amar, who comes to Ranchi, was also a part of this plan. Thinking that there will be a need to run away from the car, the driver of the profession also added his friend Sanjay Sidar to the team. Amar was in contact with professional kidnappers from Ranchi. These people were preparing to hand over the child to them.

On Saturday evening, the player came to Rahul’s house. He started saying that he had come to get his charger. He found Shivansh outside the house. After this, he took the bike with him, saying that he should take Shivaansh for rotation. There was a readiness to demand Rs 25 to 30 lakh from the family by handing over Shivansh to the Kidnappers gang of Ranchi. The police could not find him so he told his neighbors to go to Bihar. So that the police can be misled. Through the CCTV cameras installed outside Rahul’s house and some more CCTV footage of the area, the police got information about the kidnappers and traced them through phone numbers. Eventually they were caught. 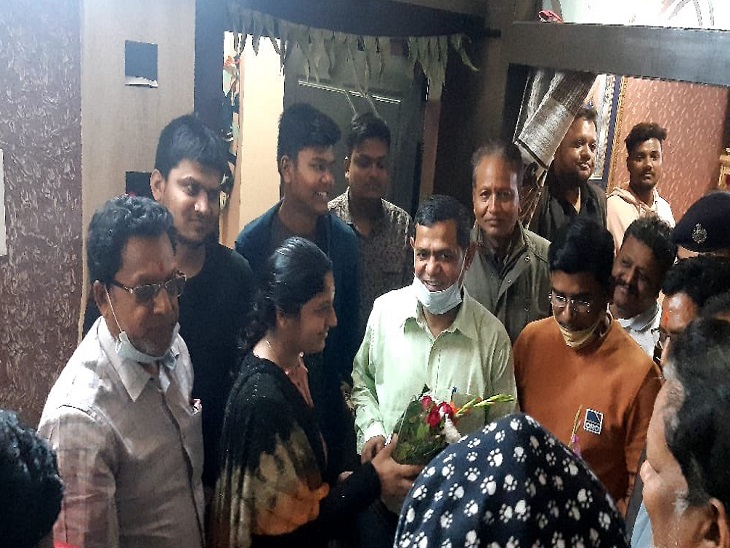 The picture is of Raigad. Late night when the news of Shivansh’s arrival came, there was a smile on the faces.

Family members With SP also awake overnight
The SP of Raigad district was monitoring the entire case on its own. The family was horrified because of Shivaansch being kidnapped in this way. Rahul’s wife was in bad shape crying. All the family members kept awake throughout the night, on the other hand SP Santosh Singh of Raigad kept talking to the police of Jharkhand. Talking to the SPs of almost every district, they got blockades. Photographs of the accused Khilwan and the child were sent to the Jharkhand police. On the other hand, a team of officers from Raigad was also sent towards Jharkhand. Blockade was done in Khunti district. Where the accused got trapped and Shivansh was rescued. From there, the team talked to the child’s family members over the video call and everyone breathed a sigh of relief. 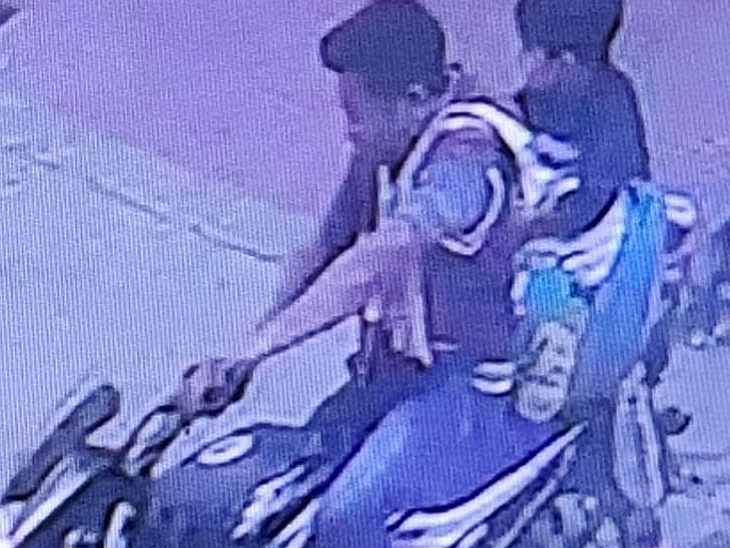 Like the family, the child also had faith in the accused, so he sat on the bike and went with him.

The accused was taken to Shivang under the pretext of rotation
Khilwan had worked at Rahul’s house for a few months, due to which Shivansh recognized him. He took Shivansh with him, saying that he had to be taken for rotation. After a while, Shivansh felt that he had come out with a spin. After a while in the car, Shivansh fell asleep and taking advantage of this, the criminals started running towards Ranchi. Chips, biscuits, water were arranged in the car to divert the attention of Shivansh. Which made him not realize that he was kidnapped. But he was upset due to being away from the family for a long time. Therefore, after seeing the policemen, he thought that now he will be able to return home. 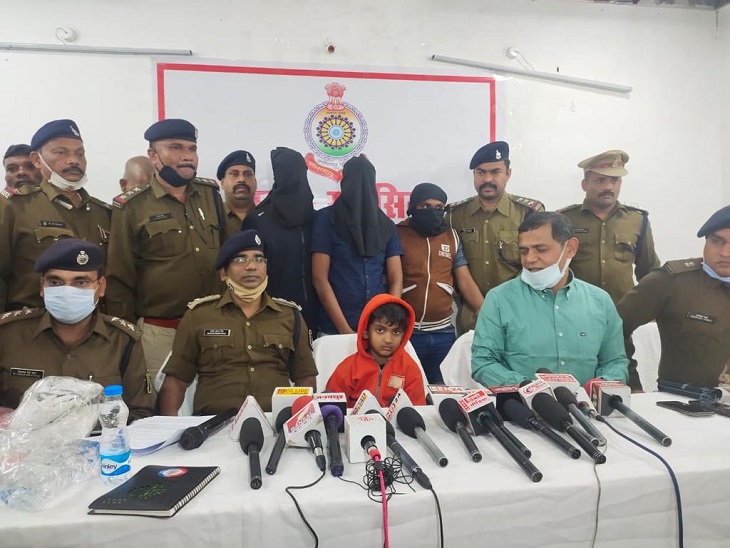 The police team saved the child in time.

DGP announces Rs 1 lakh and IG Rs 10 thousand
Chhattisgarh Chief Minister Bhupesh Baghel has praised Raigad Police. DGP DM Awasthi has thanked Jharkhand Police for their support for this entire case. He thanked Ranchi, Khunti, Simdega police for their support through a tweet. Raigad SP said that we will send a citation to the Jharkhand Police especially the Khunti Police. On the success of Raigad Police, DGP DM Awasthi has announced a reward of Rs 1 lakh for the investigation team. IG Bilaspur Ratan Lal Dangi has announced a reward of 10 thousand rupees.

Husband left when he had a blind child, remarried: Saran’s Ramita pleads for justice for her innocent son and himself