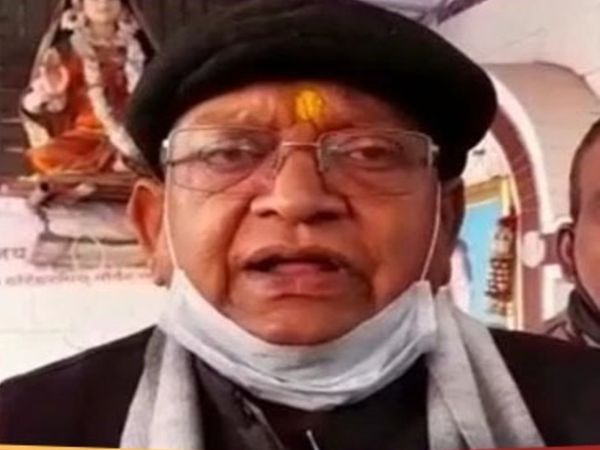 Agriculture Minister Amarendra Pratap Singh said in the Legislative Council that Iqbal had gone to Pakistan after Partition.

The eighth day of the budget session on Tuesday in the Bihar Legislative Council was full of noise. There was uproar on many issues. Arguments and arguments were also held between opposition members and leaders of the ruling party. There was also an interesting incident in the name of Mohammad Iqbal, a famous poet of India and who wrote a good poem from Sare Jahan. In the Legislative Council, discussions were being held on the schemes of the minority. There was a discussion on the budget of minority welfare. While Ghaus Gauss of the ruling party was praising Nitish’s government, Premchand Mishra of Congress was engaged in criticizing. Many more councilors joined this discussion. The famous poet Iqbal was also discussed in this sequence. Then senior leader and Agriculture Minister Amarendra Pratap Singh stood up and said that Iqbal, who wrote ‘Saare Jahan Se Achch Hindostan Hamara’ .. was born in India but after partition he moved to Pakistan.

Amarendra Pratap said that the protest started in the House. Then the JDU leaders gave the BJP quota minister the correct knowledge of general knowledge on Iqbal. Khalid Anwar and Tanveer Ahmed of the ruling party said that Iqbal had died before independence. He died only in 1938. Amarendra Pratap Singh could not answer this. Opposition parties also started thumping the table.
Amidst this noise, senior JDU leader Ghulam Gaus read Iqbal’s Lion.
Hindustan is unhappy with the existence of Ram
Ahle Watan considers them as Aamaam-e-Hind.

Congress’s Premchand Mishra said that Urdu is the official language, it has been made an optional subject from the main subject in secondary school. No more than half of the cemeteries were under siege. There is not a single Urdu teacher in Teachers Training College. Police stations do not know Urdu. He said that till now in Kishanganj, AMU is running in two rooms. The Nitish government never asked the Center for that amount. Premchand Mishra said that the government cannot talk of goodness of minority by following BJP’s agenda. MLC Ghulam Gaus also said that 6000 sieges have been laid in 8000 cemeteries. Sanjeev Shyam Singh of the ruling party counted the work done for the minorities.

Economical motorcycle: 2021 TVS Stara City Plus launched with new look and features, know what will be new