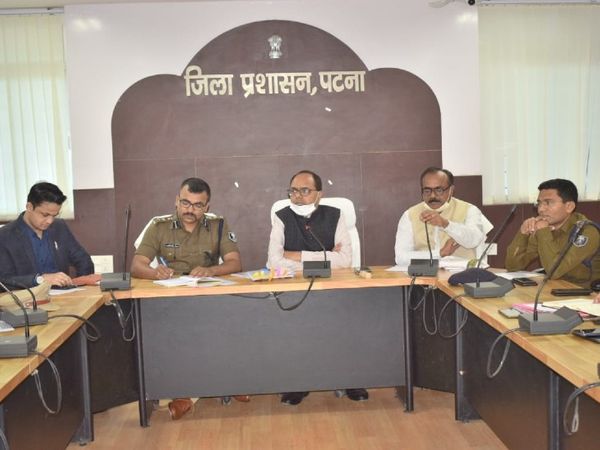 DM and other officials meeting on Mahashivratri.

There will be no disturbance in your worship on Mahashivaratri. Special preparations are being made for this in temples. In Patna, worship will be done under the supervision of magistrates and police officers. Special teams are also being formed against those who spread any kind of rumors. On Sunday, a meeting of officials has been held on Mahashivaratri Puja for security arrangements. There is a huge crowd of devotees at Khajpura Shiva temple in Patna on Mahashivratri. Special preparations are being made for security here. On Sunday, DM Dr. Chandrashekhar Singh and Senior Superintendent of Police Upendra Kumar Sharma have decided to set up a special team to mark the safety and atmosphere of the pilgrims.

Special preparation for the procession

In a meeting held on Sunday with administrative and police officials, it has been decided that a procession of Shiva devotees passing through various sites and routes of the city will reach Khajpura Shiva temple. In such a situation, a special team will be put on security, which will be active before any apprehension. The District Magistrate has appealed to the devotees involved in the procession to maintain peace, harmony and maintain law and order.

Will not be able to do service without identity card

Police responsibility given to police stations

On Mahashivratri, the police stations have been given different responsibilities regarding security. Meeting with worship committees has been asked to decide the route of the procession. Members of the Pooja Committee have been asked to coordinate with the police station concerned. The administration has also sought suggestions from public representatives regarding security and order.

Magistrate will be posted on the temple, action will be taken against the suspects

DM says that adequate number of magistrates, police officials and police force will be deputed at the temple. Special monitoring will be done on anti-social elements who spread rumors and disturb peace. Strict action will be taken by identifying suspicious people. For this a control room will also be created, from where monitoring will be done. Members of the Pooja Committee were also present in the meeting held on Sunday in Hindi Bhavan along with the MLA and other public representatives.