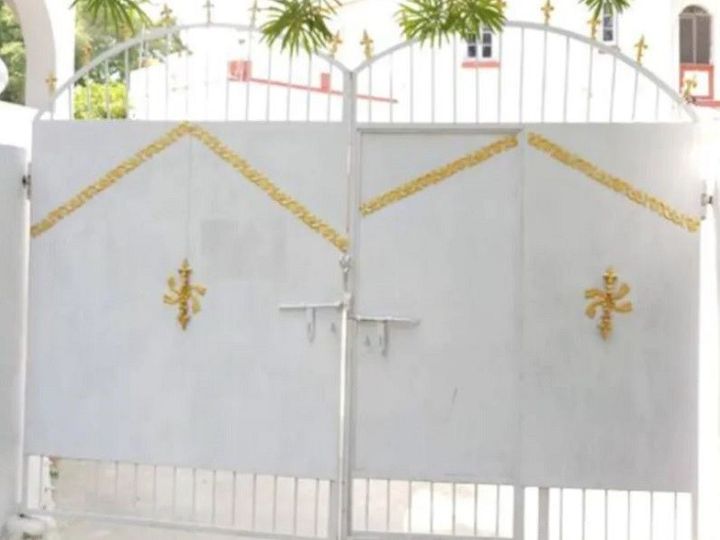 Out of the 30 ministers of Bihar government, 29 have got their official bungalow. These include 17 ministers who have been made ministers in the recent cabinet expansion. Along with this, the old allocation to two old ministers has also been canceled and the new government bungalow has been given. Revenue and Land Reforms Minister Ram Sundar Rai has been allotted a bungalow for the third time. Earlier, he refused to take a bungalow allotted in his name, and after the second allotment, the department itself changed his bungalow.

Will have to go to road 3, Taylor Road
The allotted bungalow of Road Construction Minister Nitin Naveen has been replaced. He first got 39, Harding Road which has now been changed to 3, Taylor Road. After the new allocation, Nitin Naveen will now live in a bungalow right next to Health Minister Mangal Pandey. Both the bungalows are located under the Chitkohra Bridge. The road to Haj Bhavan will lead to the residence of Minister of Art-Culture and Sports, Alok Ranjan. His address has changed from 9, Strand Road to 33, Harding Road. Revenue and Land Reforms Minister Ram Sundar Rai has now got a residence at 39, Harding Road.

Chief will have to go 11, Daroga Rai Path
Panchayati Raj Minister Samrat Chaudhary has been allotted accommodation at 11, Daroga Rai Path. Cooperative Minister Subhash Singh has been given a bungalow at 21, Harding Road. Science and Technology Minister Sumit Singh has got a bungalow at 22/10, Bailey Road. Liquor Prohibition, Excise and Registration Minister Sunil Kumar has been allotted the old residence of 26A, Harding Road. Tourism Minister Narayan Prasad has got accommodation at 25/10, Bailey Road. Rural Works Minister Jayant Raj has got a bungalow at 5, Polo Road. Minority Welfare Minister Zaman Khan will reside in the bungalow at 16/6, Bailey Road. Minister of Mines and Geology Department Janak Ram has found a residence at 6, Polo Road and will have to go under the Chittakohra Bridge to visit his residence. Labor Resources Minister Jeevesh Kumar had earlier got a residence at 5, Polo Road which has now been changed to 41, Harding Road. To go to Deputy Chief Minister Tarkishore Prasad’s residence 5, Desharatna Marg, one has to go on the road from the main secretariat to Raj Bhavan. The second Deputy Chief Minister Renu Devi’s 3, Strand Road residence is in front of Gate No. 1 of Eco Park.

Desire to see the Taj Mahal of American Major: I want to take a photo in front of the Taj Mahal like my grandfather, in the second world war, he attacked India from China.

Priyanka Gandhi leaves for Prayagraj in Manjhi’s gate Sailor will meet families, this is their second visit in 10 days