Karthik Aryan shared his first look with 'Dhamaka', said - Meet 'Arjun Pathak'; Journalist will be seen in the film 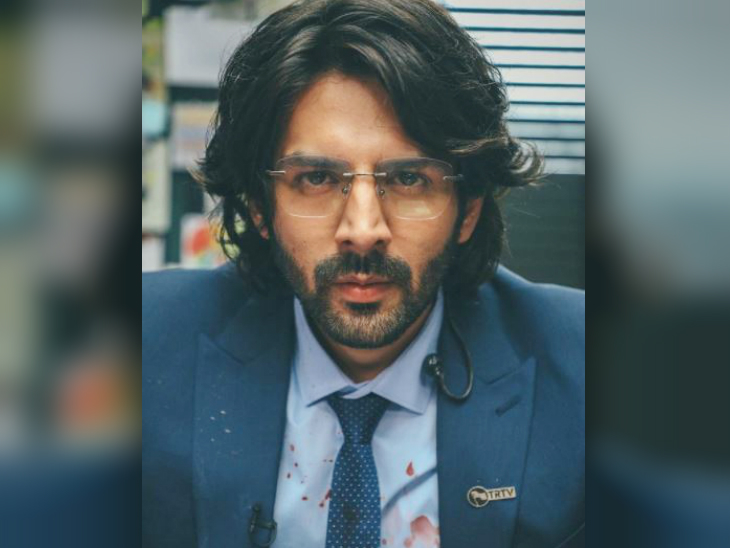 Actor Karthik Aryan on Monday shared his first look with his upcoming film Dhamaka. In which he is appearing as his character ‘Arjun Pathak’ from the film. In this film, Karthik will be seen as a journalist. Which gives live coverage of Mumbai Terror Attack.

Karthik shared the photo and wrote, Meet ‘Arjun Pathak’ of ‘Dhamaka’. In the photo, Karthik is seen in an intense look wearing long hair, glasses and a suit. Blood splatter is also visible on his shirt. Please tell that the announcement of this film was done by Karthik on his birthday on 22 November. The film will show the ways in which news channels work in the 21st century. This film is being made under the direction of Ram Madhvani.

This is a miraculous script for me
Karthik had said in a statement about the film, “This is a miraculous script for me. I know that this is a script that will give me an opportunity to explore a different side of me as an actor. I cannot wait to take myself into the world of Ram sir and see his vision on the big screen. This is the first time I am working with Ronnie and RSVP. I eagerly await this journey.

50% passengers want flights to stop, but the government does not need to panic