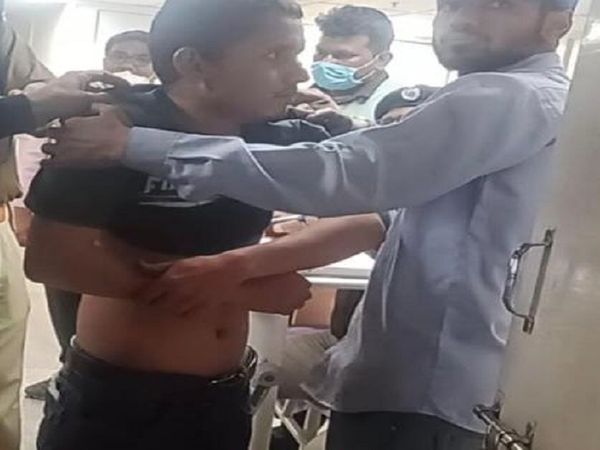 After Khasuni in Kishanpura, the friend, along with his comrades, stabbed the young man with a knife. Attacked the head with a sword, including the sheath. Due to which the young man was injured. Family members treated the young man in a civil hospital. On the complaint of the victim, Chandni Bagh police station has registered a case against four named and unknown.

Manish of Kishanpura told that he works hard-labor. A few days ago, his friend Naveen Kashyap, a resident of village Saundapur, had heard. At around 8:30 pm on Monday night, Naveen called and threatened to kill him. He did not take the friend’s words seriously.

It is alleged that at around 9:30 pm, he was standing at Kheda Chowk along with other friends Vishwajeet, Prince and Nipur. Then Naveen, Sucha, Panku, Sandeep Saini and 3-4 boys came there with bikes. Everyone started fighting after the abuse. Naveen stabbed her on the back with a knife. The other boys, including Mian, hit the sword on his head. The accused fled, threatening to kill them as people from nearby arrived. In the injured state, the family rushed him to the civil hospital. The police have registered a case against Naveen, Sucha, Panku and Sandeep and started their search.

Smuggling busted: Potato brought opium from Jharkhand under the guise of contract, used to sell along with Jalandhar’s partner, both arrested including 7 kg of opium

Death of husband and wife in a gap of one day: the father who was going to invite the daughter’s wedding had died in the accident, the mother also died a day later