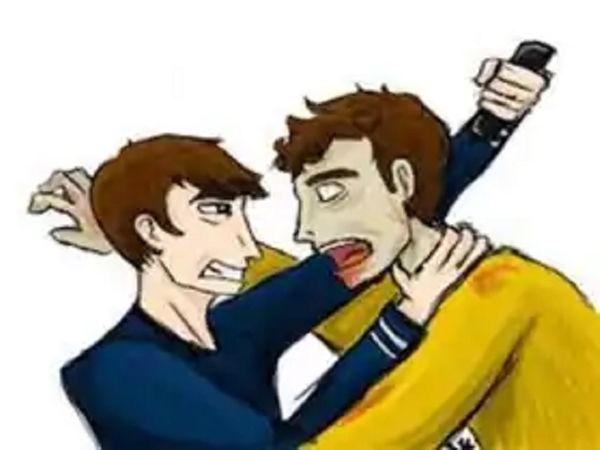 In Bilaspur, Chhattisgarh, the youth was beaten fiercely for not returning the borrowed money.

In Bilaspur, Chhattisgarh, a student was brutally beaten up for not returning the loan amount. The young man had borrowed money from his friend. He asked for time to return the money to a friend. Friend agreed for this But his partner beat the young man’s belt fiercely. The case is late night in the city Kotwali area.

According to the information, Shubham Sharma, a resident of Juna, is a first year student at ITI Chakarbhatha. He had borrowed one thousand rupees 10 days before his friend Akash Soni. When Shubham left at around 10.30 pm on Sunday night, Akash and Yash Soni were found near Telipara Chowk. Akash asked to return his money and Shubham asked to give it after coming home.

Mark on the back due to hitting with belt
The sky became ready on this. It is alleged that Yash started abusing her with the money. When refused, he started hitting him with a belt, threatening to kill him. After this, somehow Akash saved the middle, so he saved his escape. Due to this, Shubham got a scar on his back and he got hurt. Police is currently investigating.