Disco on Thampe: Youth dancing in wedding ceremony, firing furiously, fired three bullets one after the other, video on social media went viral 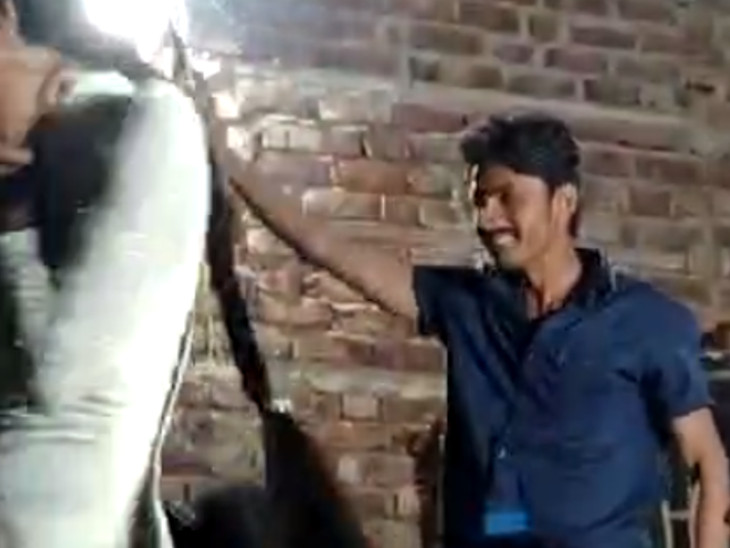 Some young men were dancing with a female dancer. During this, a young man fired with joy.

In a wedding on Saturday night in village Garhi lake strip of Kathwada police station area of ​​the district, the youth fired on him. The young man fired three aerial fire during this period. The video of the incident went viral in the area on Sunday morning. Police is currently investigating the case.

According to the information, some youths were dancing with the female dancer during a wedding ceremony in the village Garhi lake strip of Kathwada region. During the dance, a young man was looting money on a female dancer. At the same time, another young man came in the tent and fired air from the gun. In the viral video, the young man is seen firing three aerials. The procession came from the Garhi lake strip from Tawadu in Haryana.

ASI Horilal said that the viral video is being investigated. Action will be taken against the youth who is firing from the gun.

3 road accidents within half an hour, one killed: Accidents in Manpur, Wazirganj and Bara Gandhar of Gaya, 2 injured including young man, one in critical condition