Delhi MCD by-election: AAP victory in 4 out of 5 wards, Congress captured in one; BJP could not save even one ward 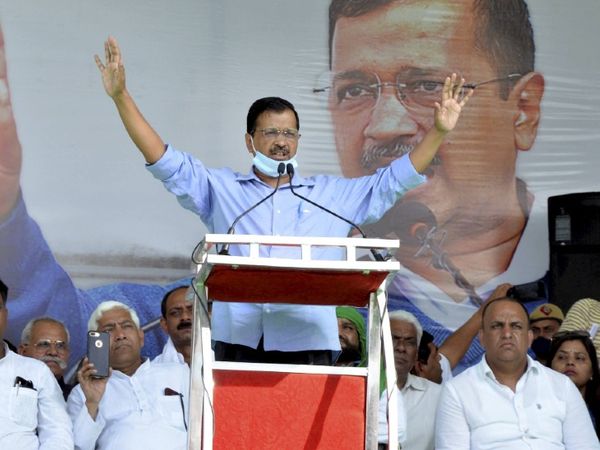 The by-election of 5 wards is being seen as the semi-final of next year’s MCD election. CM Arvind Kejriwal himself commanded the campaign in the by-election. – File photo.

The by-elections in 5 wards of the Municipal Corporation of Delhi (MCD) have yielded results. These wards are 62N (Shalimar Bagh North), 8-E (Kalyanpuri), 2-E (Trilokpuri), 32N (Rohini-C) and 41-E (Chauhan Bangar). Out of these, AAP candidates have won in 4 wards. Only one ward (Chauhan Bangad) has gone to the Congress account. The BJP could not even save one of its wards. Dhirendra Kumar of AAP won from Kalyanpuri with 7,259 votes, he was pitted against BJP’s Siyaram. Zubair Ahmed of Congress won from Chauhan Bangad.

For these wards, there was a contest between AAP, BJP and Congress. Of these, 4 were AAP councilors in the past as well. Only Shalimar Bagh North was in the possession of the BJP. Voting was held on February 28 for the by-elections in these wards. During this time more than 50.86% voting was done. The highest (59.19%) voting took place in Kalyanpuri ward. The lowest (43.23%) occurred in Shalimar Bagh ward.

This by-election is seen as a semi-final of the next year’s MCD election. This is the reason that from the Aam Aadmi Party to the BJP and the Congress, they have given full force in it. Chief Minister Arvind Kejriwal himself commanded the campaign towards the AAP.

Deepa Ranjan will be the new District Magistrate of Badaun