new Delhi : Bollywood actress Deepika Padukone is currently celebrating ‘New Year 2021’ in Rajasthan Jaipur with her husband and Bollywood actor Ranveer Singh. Meanwhile, a shocking thing has happened to the actress. All social media accounts of Deepika Padukone, Instagram, Twitter, Facebook have become empty. Yes, all her posts have been deleted from Deepika’s social media accounts, which is quite shocking.

Not only this, apart from the post being deleted from Deepika’s accounts, her profile photo has also changed. Where his profile photo was posted on all social media accounts, he is now replacing his India Today magazine cover photo. Now the actress has deleted all these posts herself or her accounts have been hacked, or is this some way of promoting her upcoming film? This will be known only later. At the moment this is quite shocking news for the fans. Because Deepika is very active on social media.

Apart from sharing her photos and videos, Deepika is often in the news due to her husband Ranveer Singh commenting on the post. During the recent lockdown, Deepika shared some posts related to her household chores on Instagram which went viral. In such a situation, fans will now eagerly wait for Deepika’s statement that what has happened? Let us tell you that over 52 million people follow Deepika Padukone on Instagram. At the same time, he has a lot of followers on Twitter and Facebook. 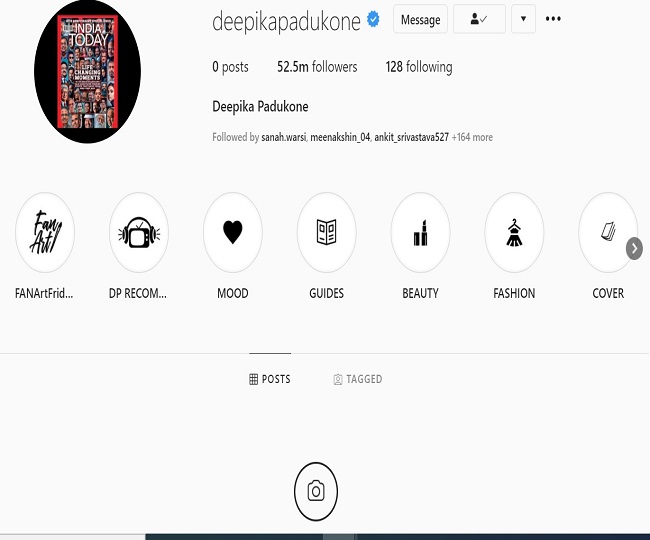 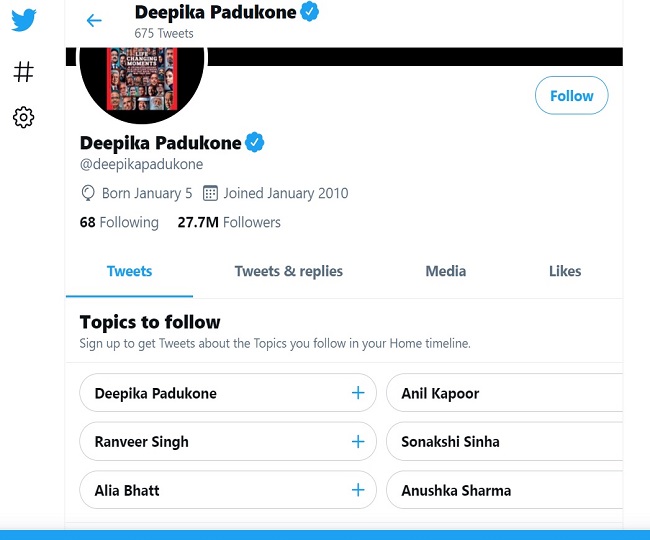 Talking about Deepika’s work front, the actress is going to appear in the film ’83’ with Ranveer Singh this year. The film is based on the 1983 World Cup winning Team India. While Ranveer Singh will be seen in the role of Kapil Dev, Deepika will play his wife Romi in the film. Please tell that the film was to be released in April in 2020, but due to Corona virus, the film had to be stopped. Now the film will be released in March 2021.