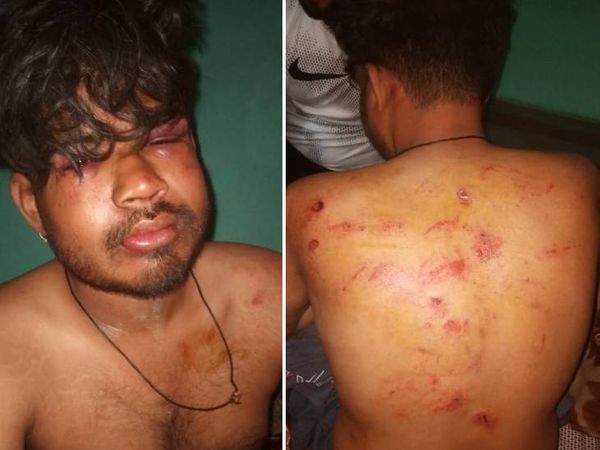 In Jalaun the bullies beat the young man mercilessly. His back was riddled. While there is swelling on the face.

A case of shame on humanity has come up in Jalaun in Uttar Pradesh. It is alleged that a youth was held hostage and beaten up by the bullies. If this does not fill the mind of the accused, then he was also urinated on. In this case, the police have registered a case against the victim’s tahrir. But no accused has been caught yet. The name of the son of a head constable is also coming out among the accused.

Disputes ensued on the way to the temple
This is the case of Thadeshwari temple of Orai Kotwali area. On March 2, Yogesh Prajapati, who lives near the Ramnagar Laxmi temple, went to the Thadeshwari temple to have a darshan. On the way, he got Vijay Dwivedi, Ram Pandit, Rahul Rajput, Tarun Yadav, Abhay Sengar, Pawan Nayak, Som Yadav and Prince Diwakar in the auto. Yogesh had a dispute with these people about something. When Yogesh opposed the abusive speech, he was beaten up. Due to which there were a lot of injuries on his body. During this, a person also urinated on Yogesh’s head.

Hearing the commotion, the people of the neighborhood reached the scene of the incident. The attackers then fled, threatening to kill them. The complaint of which was made in the police station by the victim. The police had registered a case on the same day. But upset with no action so far, the victim today went to the SP office along with the family and appealed to the Superintendent of Police for justice. Police has given strict action. 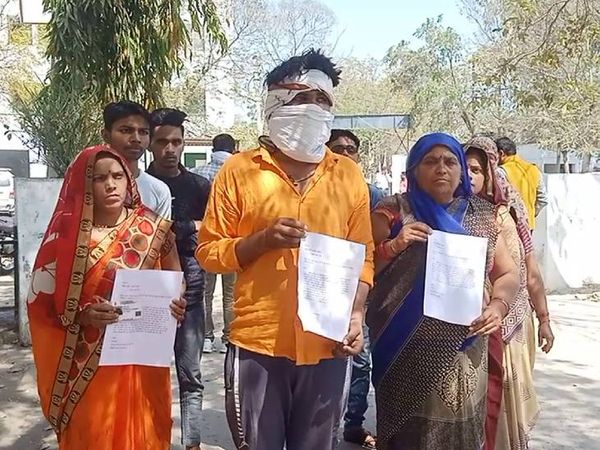 Victim and his family in SSP office.

In this case, Orai District Magistrate Santosh Kumar says that the case is three days old, whose video has gone viral today. FIR has already been registered. Discussion is going on. Whose names will come up in the discussion, action will be taken on that.