Uttar Pradesh Chief Minister Yogi Adityanath on Thursday released the postage stamp and special cover of Khichdi Mela at Gorakshnath Temple in Gorakhpur on Makar Sankranti festival. Apart from this, he also released the digital diary of the Uttar Pradesh government. During this, the Chief Minister said that this Rs 10 postage stamp will become the identity of Gorakhpur. While digital diary will get information about all kinds of work in the state.

Postal Department set up camp in the fair

Yogi Adityanath has inaugurated the Khichdi fair in Gorakshnath temple by offering Khichdi at Gorakshnath temple this morning. A special camp of the Postal Department has been set up in the temple premises. The Post Master General said that this postal stamp issued by the Chief Minister contains many important things related to cultural heritage along with Khichdi fair and religious beliefs.

The postal department had printed about 5000 copies earlier. After the Chief Minister released the postage stamp, it was distributed among all the devotees present there. Through this stamp, the Government of Uttar Pradesh and the Department of Posts want to save their cultural heritage and traditions. 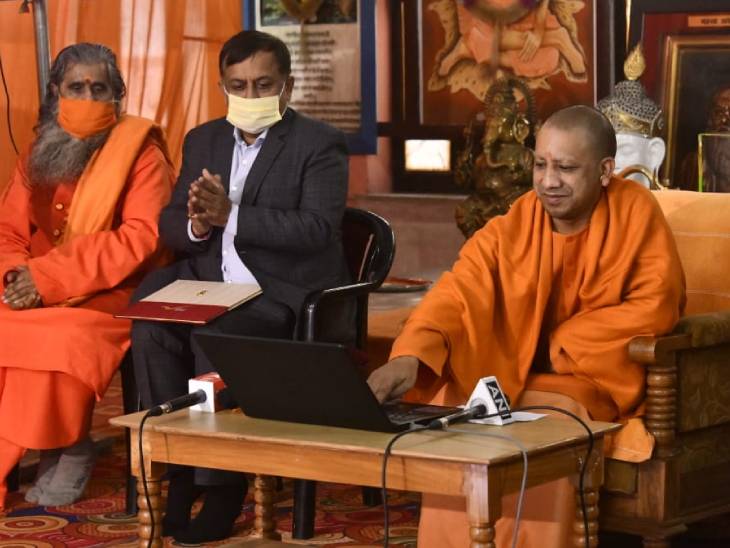 On Wednesday, on the occasion of concluding Gorakhpur festival, the Chief Minister had said that every information related to the state government will be found in digital diary. You will also be able to know when the program is going to be done. Yogi had said that if there is a mobile in his hands, then there should be a digital diary.

Weather conditions in UP: cold winds coming from the mountains increased winter in the plains, Meteorological Department issued dense fog alert in 7 districts

Home remedies to build a steel body in 7 days