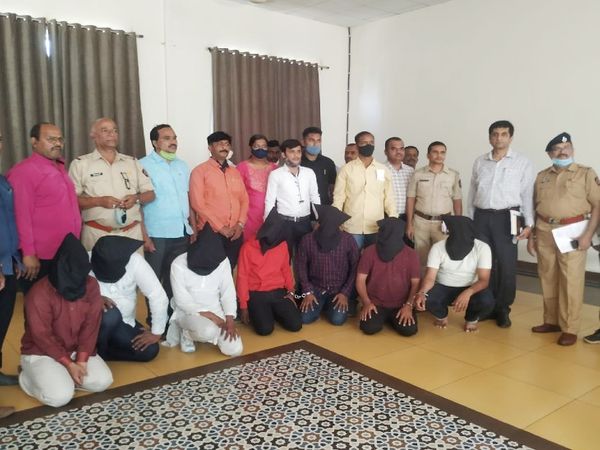 All the accused have been arrested from Baramati, Malegaon, Pune.

Military Intelligence and Pune Police have busted a large gang and arrested 7 people in the Leaked Paper Case of the Common Entrance Exam (CEE) to be held on 28 February for recruitment in the Army. Let us know that after getting the information of the paper leak a day before the exam, the entire exam had to be canceled. On February 28, written examination was to be held at 40 centers in 6 zones across India. There were 30,000 candidates to attend it. Such recruitment exam is conducted four times in a year.

Used to sell a paper for 4 to 5 lakhs
Pune Commissioner Amitabh Gupta said that 2 of the arrested accused are also ex-army personnel. According to Gupta, preliminary investigation has revealed that the accused sold this paper for between 4 to 5 lakhs. The military intelligence team first came to know about this and this paper was canceled.

Malegaon and Baramati accused arrested
After this, both agencies conducted joint operations in different cities of Maharashtra and raided five people so far. The arrested accused have been identified as Kishore Mahadev Giri (40), Madhav Sheshrao Geete (38), Gopal Yuvraj Koli (31), Uday Dattu Avi (23). Police have arrested Akhtar Khan (47), Azad Khan (37) and Mahendra Sonawane (37) at the behest of these four. Of these, both Uday and Gopal worked in the Army’s Bombay Engineer Group and Kishore and Madhav coached for army recruitment.

Candidate was called to a hotel to distribute the paper
Police Commissioner Gupta said that it has come to the fore in the investigation of the whole case that some other people associated with this gang are also operating from different parts of the country. A case has been registered against all the accused at Vanwadi police station in Pune. Investigation has revealed that Madhav Geete had gathered 14 candidates at the Samridhi Hotel in Vishrantwadi to deliver the leaked question papers on the night of 27 February.

Experimental exams of 12th board: Regular 1st to 30th while private students will have exam between 26 to 30th April.