Accident on Ranchi-Ramgarh Fourlane: Trailer overturned uncontrolled in Chutupalu valley, driver injured due to being trapped in cabin 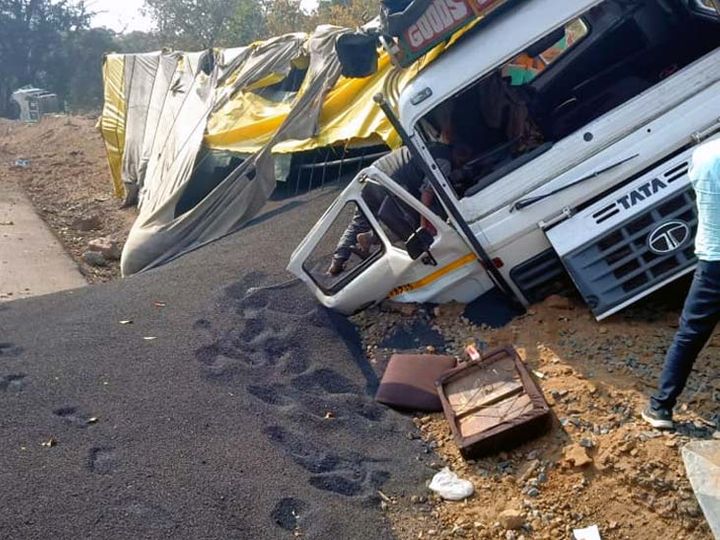 An uncontrolled trailer overturned and crashed on Sunday in Chutupalu valley of Ranchi-Ramgarh forelane. In the accident, the driver of the trailer was seriously injured, trapped in the cabin. On reaching the police spot on the information, the injured driver trapped in the cabin was taken out and sent to Sadar Hospital. Here doctors referred the driver to Ranchi for better treatment after first aid. There was a sponge load on the trailer and the driver was taking it from Ranchi to Hazaribagh.

A trailer was coming from Ranchi at around 2 pm on Sunday afternoon. Meanwhile near the Gandke bend of Chutupalu valley, the trailer became uncontrolled and the vehicle overturned on the road. After the trailer overturned, the sponge shattered on the road. At the same time, the driver of the trailer got stuck in UP resident Satya Prakash’s cabin. The police patrolling team reached the spot and took the driver out and sent him to the Sadar Hospital by ambulance.

However, Khalasi suffered minor injuries and narrowly survived. Here, SI Siddhant of the police station took action to remove the sponge scattered on the road from the crashed trailer. Let us tell you that a trailer had crashed on the spot two days before and crashed.

7 actors of Bollywood who have more than two children, one is the father of 6 children