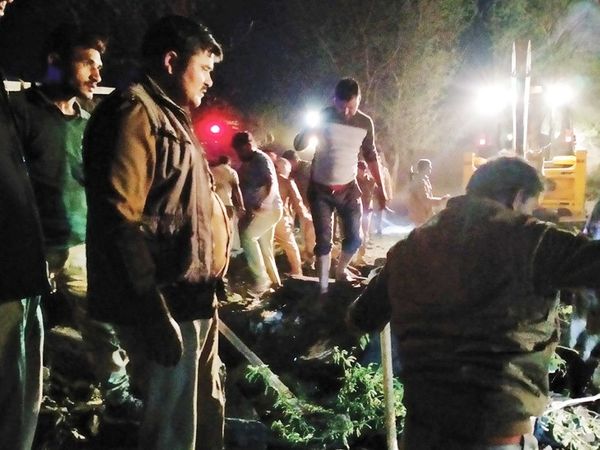 All the laborers killed and injured in the accident are residents of Hamirpur district, which was being taken by a contractor to Sirsaganj in Firozabad.

A high-speed trola overturned in the Uttar Pradesh’s Kanpur countryside on Tuesday morning. Six of the 22 laborers who were hit by it were killed. There are 15 seriously injured who have been admitted to the district hospital. The accident took place in Bhoganipur area. All the workers were in the trolley itself.

The driver was driving the truck at a high speed
Shivlal, who was injured in the truck, told that all the laborers are residents of village Kalauli Teer and Barnav in Hamirpur district. A contractor was taking them to Sirsaganj in Firozabad. The trola was filled with coal. Shivlal told that he and his companions were repeatedly telling the driver that he should drive slowly, but he did not agree.

The locals rushed to the spot after hearing shouts
There was a screaming as soon as the trolley overturned. Hearing the voices, the people around reached the spot and started taking out the workers trapped in the truck. On receipt of the information, the police also reached there. All the injured were taken out and sent to the Community Health Center in Pukhraya. From here, he was referred to Mati District Hospital in Kanpur Dehat. Chandavati (14) of Ghatampur, Ramesh, Pinky and Radha of Hamirpur, her daughter Komal (8) and son Suraj (4) were killed in the accident.