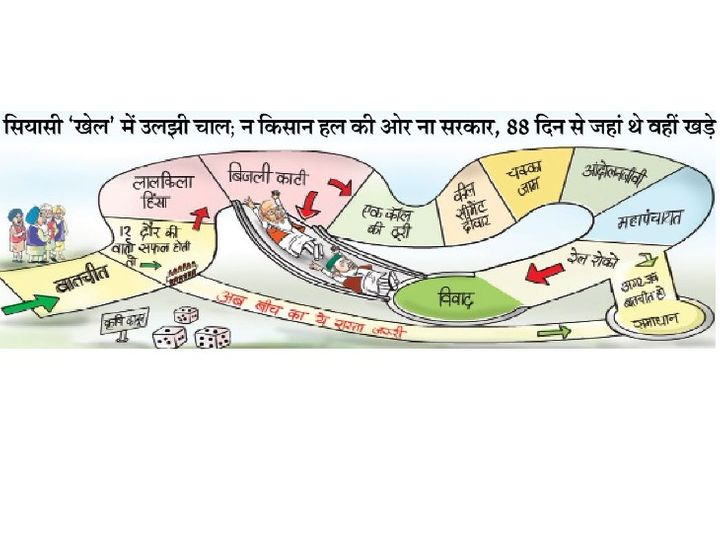 Farmer leaders have started preparing again to accelerate the sluggish movement for some days. There was a meeting of organizations of Punjab on the horoscope border on Saturday. In this, the issue of not meeting the United Front also came up. After this, information came that after a gap of 11 days, there will be a meeting of the Morcha at 1:00 pm on 21 February.

Farmer leaders can announce the third phase of the movement to pressurize the government in the Morcha meeting. There may also be a churn in the initiative of negotiating with the government. On the other hand, Delhi Police on Saturday released photos of 20 more accused in the violence case.

Mahapanchayat and behind the scenes strategy

It has been 88 days of the peasant movement. The 12 rounds of talks between the government and the farmers were stuck at the cusp of indecision. Negotiations have been closed for 28 days. Neither the government is bowing down nor the farmer leader. After the last talks on 22 January, things worsened with the Delhi violence, cutting of electricity and water at the site of the agitation and placing nails on the border. For 3 months, some solution is needed to send the farmers who are lying on the border home, which will come out of the negotiations.

The trick involved in political ‘play’; Neither the farmers nor the government towards the plow, where they stood for 88 days

We have already proposed: Government

We don’t mind meeting and talking. We have made a proposal, the farmers are waiting for their reply. There will be talks on the same basis. –Narendra Tomar, Union Minister of Agriculture

We have canceled the proposal: farmers

The government has twice rejected the proposal. We are ready to negotiate when a new proposal comes. Initiatives for talks will be discussed in the meeting of the Front. -Darshan Pal, farmer leader