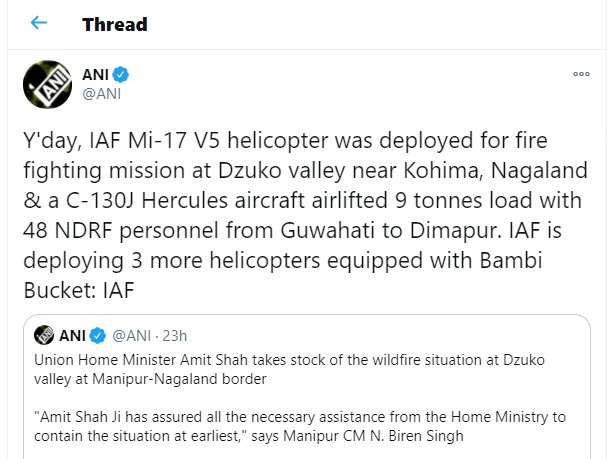 Famous for its natural beauty, the Dzukou Range on the Manipur-Nagaland border has been under severe fire for several days in the forests. Manipur Chief Minister N Biren Singh also tweeted about the fire. In his tweet, he called the fire extremely unfortunate. The fire is so terrible that it has even reached Kohima, the capital of Nagaland. Significantly, the Manipur government on Thursday sought the help of the Indian Army and the NDRF to extinguish the fire in the forests of the Dajuko range on Tuesday. Manipur Chief Minister Biren had earlier reported that the fire had crossed Mount ISLI, the highest peak in Manipur.

Sonam Kapoor seen liplocking with her husband on the occasion of New Year, the picture went viral

In the last 24 hours, less than 20 thousand cases of corona in the country, active cases decreased