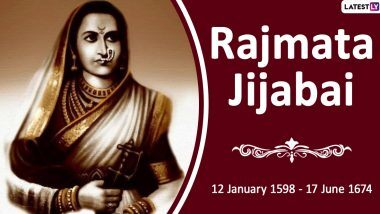 Jijabai was the daughter of the very courageous Samant Lakhuji Jadhav and mother Mahalsabai of the Yadav dynasty. According to the English calendar, he was born on 12 January 1598 in Sindkhed, Nizamshah state near Buldhana district of Maharashtra. Shahji Bhosle’s wife and Chhatrapati Shivaji Maharaj’s mother was also known as Jijai and Jijau. Jija Mata, who lived a life full of courage, sacrifice and sacrifice, faced all the difficulties and challenges. He never gave up under the adverse circumstances and kept moving forward with patience to achieve his goal.

Jijabai was married at a very young age, her husband Shahji Bhosle was a military commander and courageous warrior in the court of Sultan Adilshah of Bijapur.

Jijabai was the first wife of Shahji Bhosle. After marriage, Jijabai and Shahaji Bhosle had 8 children, including 6 daughters and 2 sons. She was an adventurous mother as well as an ideal mother.

Jijabai gave good upbringing to his son Shivaji Maharaj and developed such qualities within him, due to which Shivaji Maharaj later became a valiant, great, courageous warrior, nationalist and skilled administrator.

Rajmata Jijabai used to narrate stories of Hinduism epic Ramayana and Mahabharata to Shivaji Maharaj in childhood, due to which Shivaji developed qualities of valor, devotion, patience and dignity. Also Read: Rajmata Jijabai Jayanti 2020: Rajmata Jijabai played an important role in strengthening the foundation of Maratha Empire, know the heroine of this heroine and Adarsh ​​Mata

It was Jijabai who taught Shivaji Maharaj the skills of swordsmanship, spear-driving, horse riding, self-defense, war-skills from childhood and made him a skilled warrior.

Jijabai, who contributed significantly in making Shivaji Maharaj a heroic warrior and great ruler, also taught him to protect the motherland, cow, mankind and respect women.

Jijabai dedicated her entire life to make Shivaji Maharaj Chhatrapati and establish the Maratha Empire. Due to his sacrifice, sacrifice, valor and foresight, he is still remembered as a heroic mother and mother of the nation.

Rajmata Jijabai died a few days after the coronation of Shivaji Maharaj on 17 June 1674. After his death, Shivaji expanded the Maratha Empire.

It is worth mentioning that even today, Chhatrapati Shivaji Maharaj is remembered as the heroic son of the heroic mother and the mother of the nation. The life of Jijabai, who made her son a great warrior, knight and chhatrapati, is nothing short of an inspiration for everyone. Rajmata Jijabai’s winning spirit of patriotism, gallantry, courage, sacrifice and sacrifice are also to be praised.