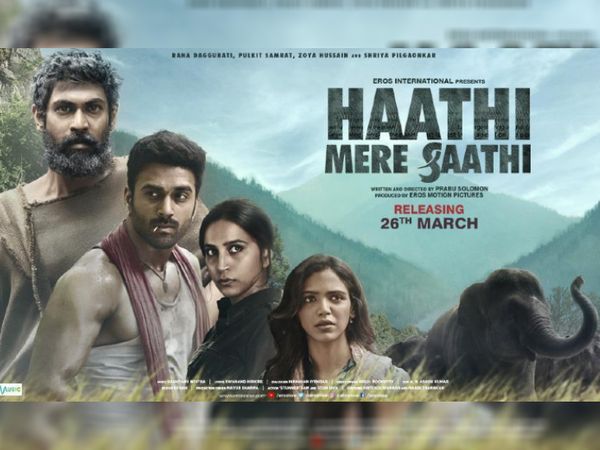 The trailer of South superstar Rana Daggubati’s film ‘Hathi Mere Sathi’ will be launched live in 3 cities on Wednesday on the occasion of ‘World Wildlife Day’. Apart from Rana Daggubati, director Prabhu Solomon including Vishnu Vishal, Pulkit Samrat, Shriya Pilgaonkar, Zoya Hussain and other actors will also be present at the launch. The film’s team will show the trailer on 3 March in Chennai. Then the same day the trailer will leave for Hyderabad for launch.

On 4 March, the Hindi trailer of ‘Hathi Mere Saathi’ will be released at a virtual press conference by all the cast and crew members. Hathi Mere Saathi produced by Eros International is directed by Prabhu Solomon. The film will feature actors like Pulkit Samrat, Shreya Pilgaonkar and Zoya Hussain in the lead roles. Actor Pulkit Samrat is played by Vishnu Vishal in Tamil and Telugu versions.

The film will be released on 26 March
The film stars Rana Daggubati as Banadev. The film is made in three languages ​​Hindi, Tamil and Telugu. It will be set in theaters under the name ‘Hathi Mere Sathi’ in Hindi, ‘Kadan’ in Tamil and ‘Aranya’ in Telugu. It is known from the name of the film that the issue of elephant safety has been raised in it. The Pan-India film will be released in theaters on March 26.