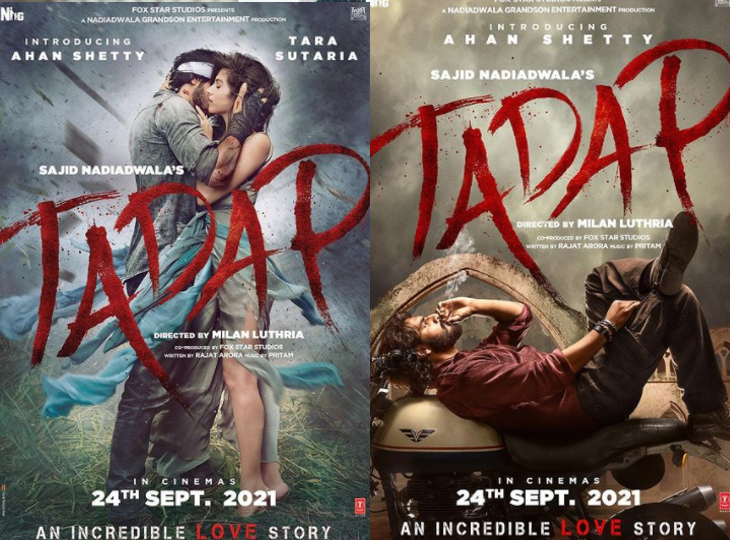 Ahan Shetty, son of Bollywood actor Sunil Shetty, is going to enter Bollywood. Ahaan’s first film ‘Tadap’ Jhalak has also been revealed which is not released by anyone but Akshay Kumar on social media.

Two posters of the film released

Two posters of the film have been released, in which one of the posters is seen lying smoking cigarette. In the second poster, he is seen alongside Tara Sutaria. The film is produced by Sajid Nadiadwala. At the Bollywood launch of Ahaan in 2017, Sunil Shetty said, ‘Ahaan’s debut is in safe hands. He is still learning acting in London and after that Sajid Nadiadwala will launch him. ‘

Before Ahaan, Sunil Shetty’s daughter Athiya Shetty made her Bollywood debut in 2015 with the film ‘Hero’. He was launched by Salman Khan’s production house. The film proved to be a flop. Athiya has also appeared in films like ‘Motichur Chaknachur’, ‘Mubarakan’.