Special talk: Payal Ghosh appeared in 'Love Jihad' based music album, clarified, I am not against Muslim religion 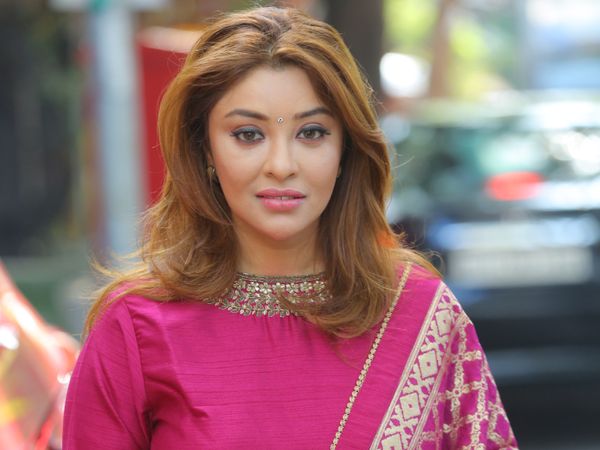 Actress Payal Ghosh has recently launched a music album based on the title ‘Love Jihad’. Since then, he has been facing criticism. Payal believes that through this song, she is warning girls not to get into a wrong relationship, rather than commenting on any religion. During a special conversation with Dainik Bhaskar, Payal explained his music album in detail. At the same time, he also mentioned the accusation of his sexual exploitation on filmmaker Anurag Kashyap.

Want to warn girls through album
Payal Ghosh said, “I have seen many such cases where a Muslim boy becomes a Hindu and has an affair with a girl and after finding out they torture the girl. I did a lot of research about ‘Love Jihad’ and then I realized that this interview is not about marriage or affair. Rather this act is about the fraud that is happening. Trapping girls who marry and torture them. We want to show this to people through our albums and we want to warn them. ”

I want to open orphan ashrams and schools for poor children in future
Payal Ghosh further said, “When you are doing right, yet people will tell you wrong, what can I do.” I want to make it clear that I am not against the Muslim community. Many of my friends are Muslim. Here I am not talking about any religion. Love jihad cases are on the rise and I just want to warn the girls. I have recently chosen politics, although I wanted to do social service since childhood. I want to bring awareness in the society, even if it is through my profession. The future holds the dream of opening an orphan ashram as well as a school for poor children. If the children do not study, if they do not progress then how will India grow?

I want Anurag Kashyap to be punished
The actress said, “The Mumbai police is still asking for some time to investigate Anurag Kashyap’s case.” I do not want to go against the Mumbai Police and that is why we are giving them time. If you later feel that the matter is not going ahead, then you will definitely knock the court door. I had fearlessly put my point in front of everyone, I want this to give courage to other girls as well. If there is anything wrong with them, they will have to raise their voice. I want Anurag to be punished so that girls are not misbehaved in the industry or anywhere. ”

Our Society is still ‘Mail-Dominated’
Payal Ghosh further said, “It is said that the law is with women, although I do not think there is anything like that.” Our society is still ‘Mail-Dominated’. If the girl comes out and tells the truth, then a defamation case is imposed on her. The girl does not necessarily have to carry a camera in every situation, so that she has proof of the incident. No sting goes to the operation. You should also trust the girl.

The farmer does not need to agitate
Payal Ghosh further said, “It is not good to see many elderly farmers joining the farmer movement. According to me, there is no need for this movement, because it is not that the government is not listening to them. There will be a solution for this, but it is absolutely wrong to make such a movement.