Epidemic eclipse on celebs activity: Celebs like Abhishek, Ranbir will not be able to play football for 3 weeks.

Home Decoration: Kangana Ranot decorated her parents' house with sister-in-law Ritu, shared 'before and after look' on social media

Ranveer-Deepika and Alia-Ranbir were seen moving out of Mumbai for their New Year holiday, now the same has been seen with Kiara Advani and Siddharth Malhotra. On the other hand, Ananya Pandey and Ishaan Khattar have also been seen moving out of the city. There are speculations that all these celebrities are going out of town to celebrate the new year.

Kiara and Siddharth do not yet publicly acknowledge their relationship, but are often seen spending time together. According to some reports, the two of them arrived together at the airport for the Maldives for a holiday together. Siddharth was seen with Kiara in orange pants and silver color jacket. 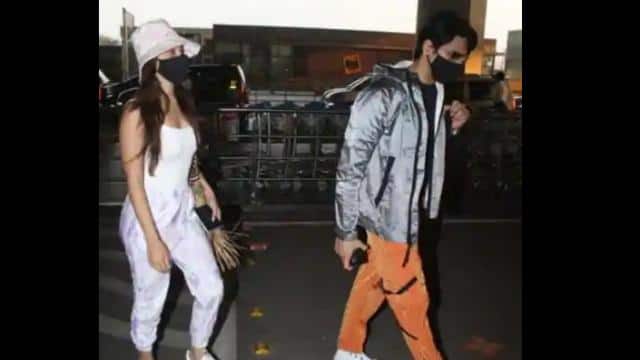 On Wednesday morning, Ishaan and Ananya were seen coming out. The two arrived one after the other at the airport, but met each other at the gate. Ananya wore a white top with pink track pants and sneakers during this time. Ishaan was wearing white green pants with a brown jacket. They were both also wearing masks.

Ishaan and Ananya were recently seen at Katrina Kaif’s Christmas party. Talking of work, Ishaan is doing a ‘Phone Bhoot’ film with Katrina and Siddhant Chaturvedi, while Ananya is a part of Shakun Batra’s untitled film which also features Siddhant and Deepika Padukone.

Meanwhile, Kiara and Siddharth refrain from commenting on their relationship status. When asked about Siddharth in The Kapil Sharma Show, Kiara said, “Whenever I talk about my personal life, it will be when I get married.” To this Kapil said, “Clap for the boy you will be married to. We can send you wishes for now. “

However, Akshay told fans a little more than Kiara expected of him and said “she is a girl with big principles”. Kiara’s face was reddened after listening to him and after a long gap he had a loud laugh.