Hollywood’s popular film ‘Fast and Furious-9’ will be released in theaters on June 25. Actor and producer Vin Diesel himself has shared the teaser of the film on social media. He shared the teaser and wrote, “Finally, Blessed and Grateful.” Director Justin Lynn’s film will also feature WWE wrestler and actor John Cena, actress Michelle Rodriguez, Jordan Briaster, Natalie Emanuel, Helen Mirren, Charlize Theron, actors Sung Kang, Tyris Gibson and Ludacris. The film ‘Fast and Furious-9’ was first to be released in May 2020. But its release date was postponed due to Corona.

Rashmika Mandana started shooting for her first Bollywood film ‘Mission Majnu’
National crush and South actress Rashmika Mandana has started shooting for her first Bollywood film ‘Mission Majnu’. The shooting of this film is being done in Lucknow. Rashmika has shared this information on social media on Friday by sharing a video from the set of the film. The film is being produced by RSVP and Guilty by Association. Rashmika will be seen opposite Siddharth Malhotra in the film. Rashmika will be seen playing an important role in the spy thriller film. She plays the role of a RAW agent who goes to Pakistan to execute a secret mission. ‘Mission Majnu’ is being directed by Shantanu Bagchi. In the film, apart from Siddharth and Rashmika, Kumud Mishra also has an important role. 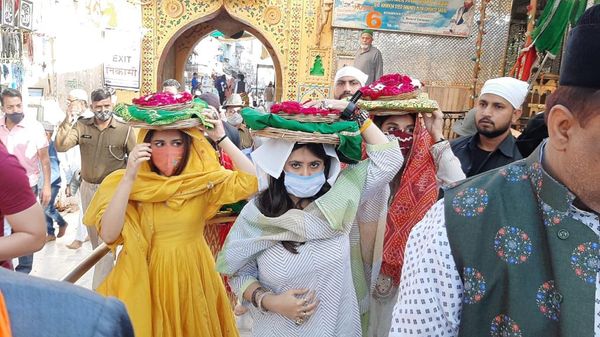 Ekta Kapoor blesses Ajmer Sharif ahead of ‘The Married Woman’ launch
There are just a few days left for the launch of the web show, ‘The Married Woman’. In this way, content queen Ekta Kapoor has recently received blessings for this web show at Ajmer Sharif Dargah. Actress Riddhi Dogra and Monica Dogra also accompanied him. This web series is based on the bestseller novel ‘A Married Woman’ by famous writer Manju Kapoor. The show’s trailer has received backlash from audiences, fraternity and critics alike. Directed by Sahir Raza, ‘The Married Woman’ is an urban relationship drama, about the conditions imposed on women and society and finding themselves. Directed by Sahir Raza, the show stars Ridhi Dogra and Monica Dogra as central characters, including actors like Imad Shah, Divya Seth Shah, Nadira Babbar and Suhas Ahuja etc. ‘The Married Woman’ will stream from March 8 on ALT Balaji and G5. 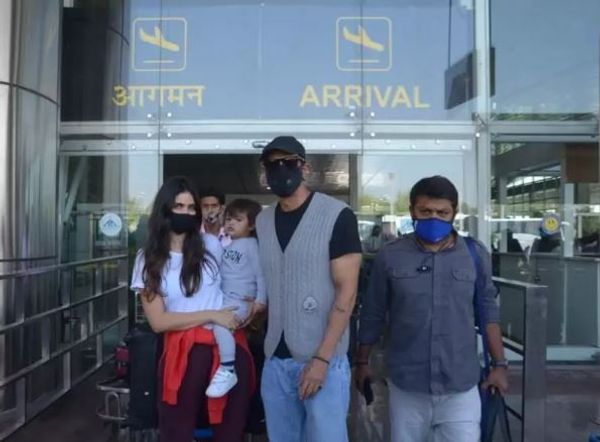 Arjun Rampal arrives in Jaipur to attend Nidhi’s wedding to director JP Dutta’s daughter
Nidhi Dutta, daughter of film director-writer JP Dutta, engaged director Binoy Gandhi on 29 August 2020 in the presence of her family and close friends. Now both of them will get married on March 7 at Hotel Rambagh Palace in Jaipur. According to sources, both Nidhi and Binoy have many friends in the industry, but they have invited only a few close friends to the wedding. Arjun Rampal has also reached Jaipur with his family to attend the wedding. Arjun is close to Nidhi and his father JP Dutta. Apart from Arjun, many big faces from Mumbai will also come to Jaipur to join the wedding. Nidhi will wear a lehenga designed by well-known fashion designer Manish Malhotra, for this, Manish has reached Jaipur with a lehenga on Thursday. According to wedding sources, Abhishek Bachchan and Aishwarya Rai will also attend this wedding. Apart from these, there will be many celebrities including Sunil Shetty, Anu Malik, Sonu Sood, Javed Akhtar. After the wedding reception will be held in Mumbai, inviting others to attend.

Ahaan’s film ‘Tadap’ will be released on September 24