Bobby's shit pain: Bobby Deol said- There was a time when I used to be a big star, but later my market value decreased. 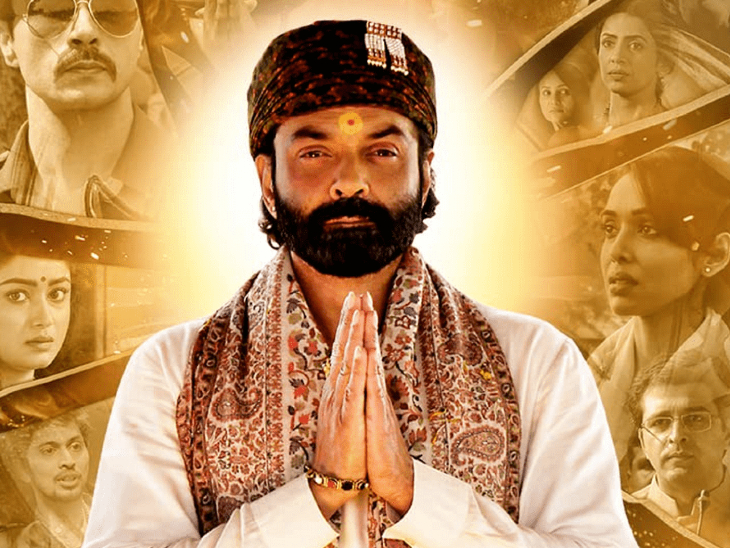 Bollywood actor Bobby Deol has won the Best Actor Award for his web series ‘Ashram’ a few days ago. Now in a recent interview, Bobby talked to OTT about his comeback. He also said that there was a time when he was a big star, but later his market value was reduced.

Once upon a time i started giving up
Bobby Deol says that it took him some time to accept that he will now have to play any role in place of the lead roles. He said, “There was a time when I used to be a big star, but later things were not going well for me. My market value was also reduced. I went through a period where I could not understand why this was happening to me and then I started giving up.

Bobby said, “That’s why I am getting so much work now. People appreciated my hard work and saw that I also have the ability to play various roles. Bobby has made a very good comeback from director Prakash Jha’s web series ‘Ashram’ released last year. Bobby’s role as Baba Nirala has also been appreciated in this web series. Bobby now has many projects. He will also be seen in ‘Love Hostel’, ‘Apne-2’ and ‘Animal’.

I got the award because of the love and support of the fans
Talking about the love that fans are getting, Bobby said, “I don’t know what to feel.” This is the love of my old and new fans, which I have achieved. He praised my work and many people have seen my web series. It is because of this love and support of the fans that I have received the award. I am very grateful to the fans for this. “

Bobby made his Bollywood debut with ‘Barsaat’
Bobby made his Bollywood debut with the film ‘Barsaat’ released in 1995. However, his film could not do much. After this, Bobby also gave many hit films like ‘Gupt’, ‘Soldier’, ‘Badal’ and ‘Scorpion’ in the early decade of his career. Many of Bobby’s films were released after these films, but not all of them did well. After which there was a decline in Bobby’s career graph. He was also reduced to receiving film offers.

Teaser Out: The teaser release of Harbhajan Singh’s ‘Friendship’, Bhajji will be seen in the lead role for the first time in his debut Tamil film