Who will be the winner of Bigg Boss season 14. It will be decided in a while. Netizens have voted for their favorite contestants. Rubina Dilaiq, Rahul Vaidya, Ali Goni, Nikki Tamboli and Rakhi Sawant reached the finals after 140 days of intense debates, battles and drama. But, Rakhi left the show for Rs 14 lakh given in the option.

At the same time, Ali Goni got the least votes, due to which he dropped out of the show. Salman gifted bracelet to Rakhi and Ali. 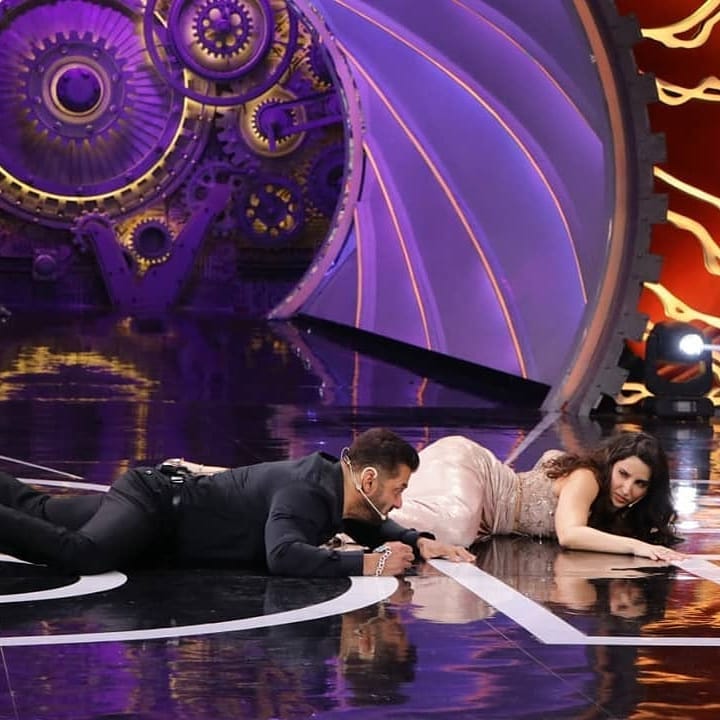 Nora Fatehi, who took a wild card entry in Bigg Boss 5 seasons ago, gave a performance on her hit dance numbers. Which included songs like Saki, Hi Summer. Salman performed with him on Saki-Saki Song. He came down the stairs showing dance moves in another performance.

Nikki also wanted to be out of the show with 14 million
Ritesh Deshmukh said that I have come here in connection with a case. He went to a theater built in Bigg Boss house. He said that the same winner will take a prize money of Rs 36 lakh. He said that Bigg Boss has given you a chance to bring something home. He gave the option to all the participants to carry 14 lakh rupees. In a time limit of 10 seconds, Rakhi and Nikki pressed the buzzer. Previously Buzzer Rakhi pressed, so she was given 14 lakhs, but she dropped out of the winner’s race.

Rakhi Sawant was the second contestant to reach the finals of the show. In December 2020, she appeared on the show as a challenger. In the final, Salman Khan introduced him to Ritesh, although he was actor Ritesh Deshmukh, not Rakhi’s husband.

Salman seen in white suit
Before the finale, designer Ashley Rebello revealed Salman’s presentation on the show. Rebelo has shared the white color suit on his Instagram account and has hinted to fans that Salman will be seen in a white color suit in the final show, Salman arrived in the same look in the show.

Salman talks to Madhuri, announces show dance crazy
Salman Khan said that this Banton of Entertainment will now be given to Dance Crazy. In which my favorite co-star will be Madhuri Dixit. Salman calls Madhuri and says that you look very beautiful as always. Salman Khan spoke Madhuri’s trade mark dialogue in Hum Aapke Hain Kaun- Uhoo-Uhoo. He said that earlier it was of great use, but nowadays, people start staring at you. Go away.

Priyanka’s manager revealed: Bollywood giants who were negative about actress, used to say- you are wasting time on them